This engine represents probably the most common type of stationary steam engine with many thousands produced over the years, some manufacturers continuing into the 1960's. A number of engines like this are still at work, particularly where there is already a steam supply on site for process purposes and the engine can be used to generate electric power. The smaller sizes of engine are usually a twin cylinder inverted vertical compound layout, with a fully-enclosed crankcase and high pressure oil lubrication fed to all the journals and bearings - very much like a modern car engine. 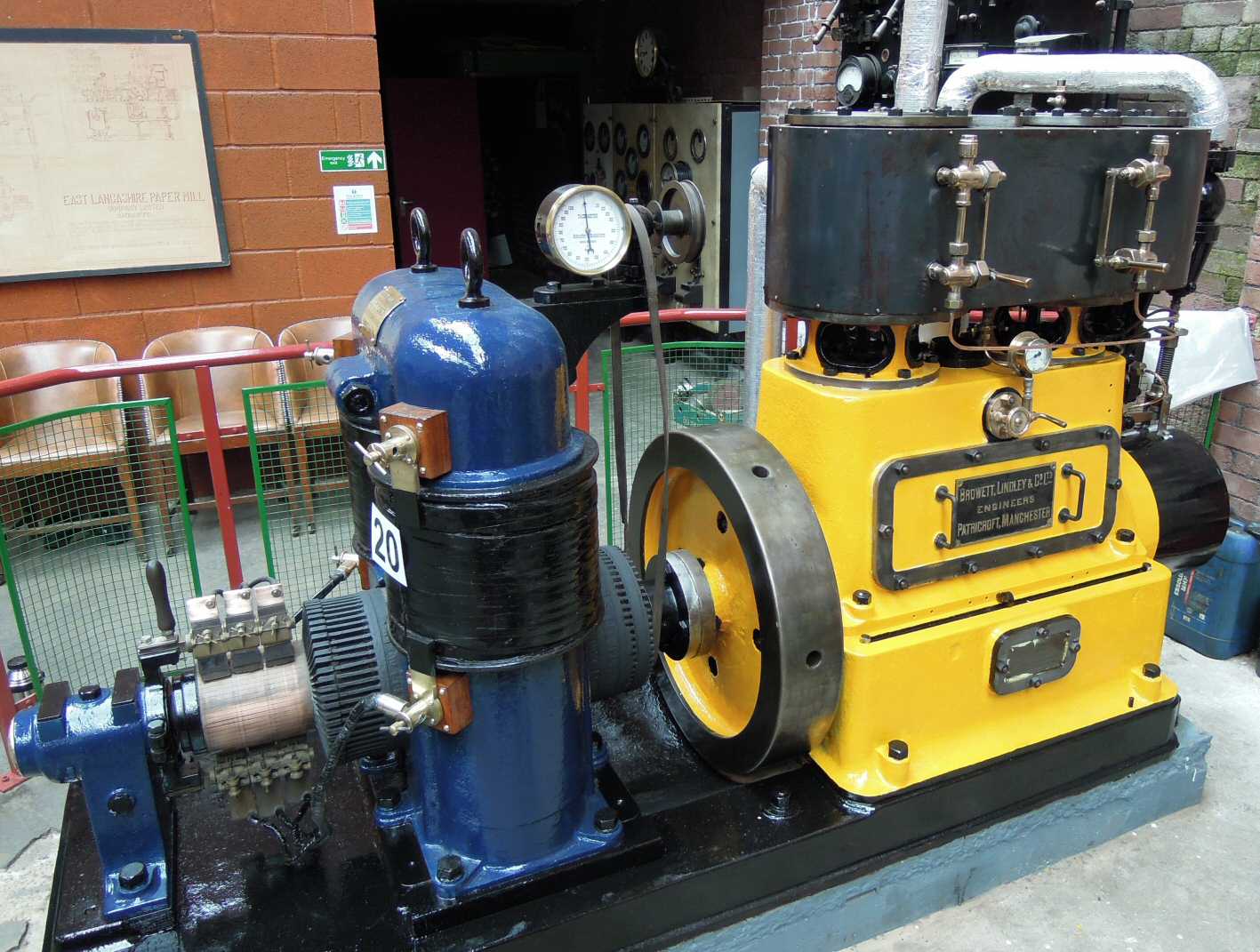 It's main advantage however is the speed at which engines of this type can run - 500 rpm or more was common, enabling them to be directly coupled to an electric generator without the need for belts or ropes.

The engine has led a varied life. It was built by Browett Lindley Ltd in 1900 and initially supplied to Thomas Nuttall's Oak and Lakefield Mills in Farnworth, near Bolton, possibly to provide electricity for the lighting in the mills. It was subsequently acquired by the De Havilland Aircraft Co, Lostock where it was later overhauled by apprentices and presented to the Bolton Technical College as a laboratory engine. It was donated to the Society in 1967. 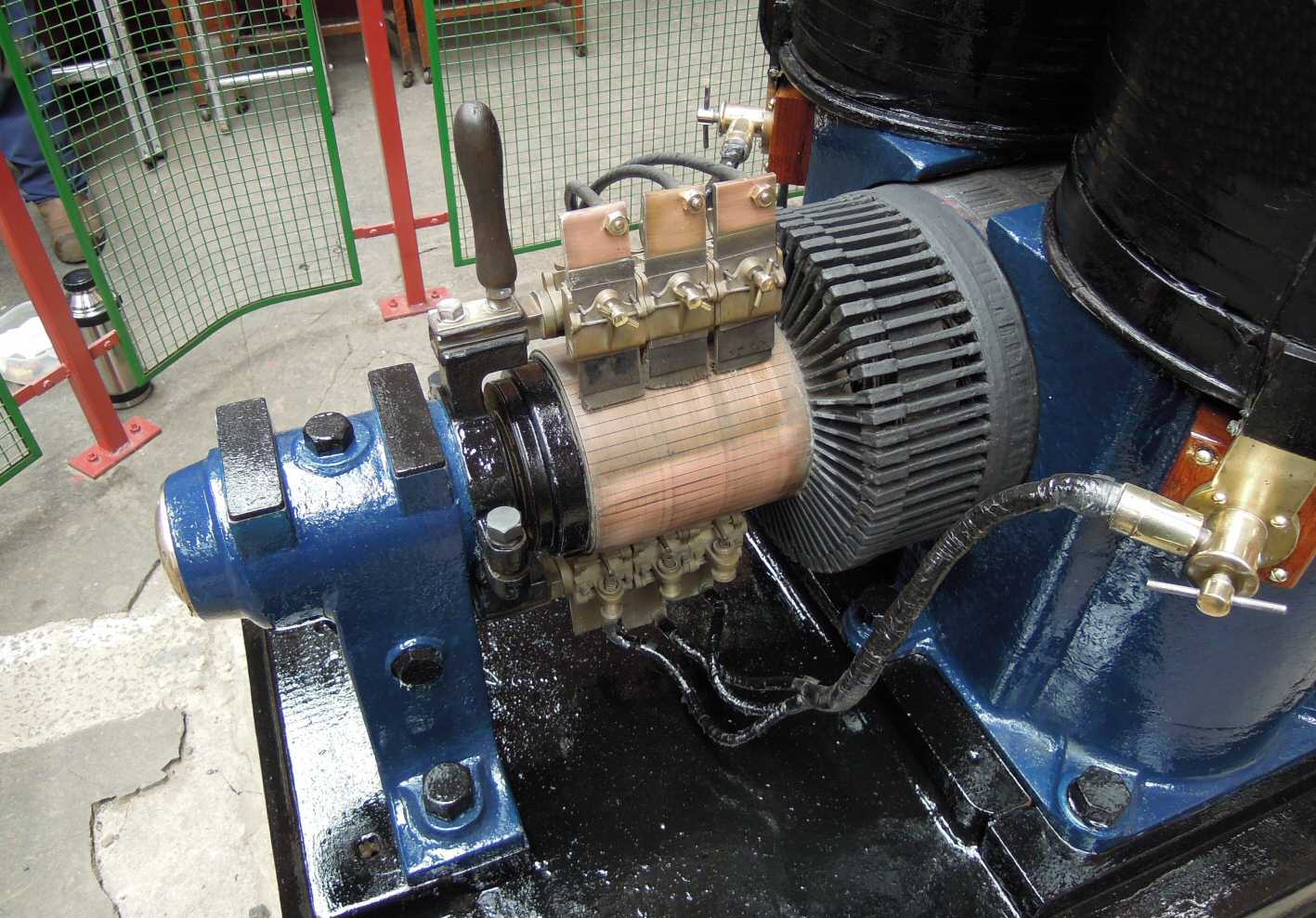 A particularly important feature is that its original 110 volt, 250 amp dc dynamo still survives, complete with open commutator and copper gauze brushes. It is believed to have been manufactured by J H Holmes of Newcastle and is probably older than the engine - possibly 1880's