This is an example of a "true vertical" design of engine, with the cylinder on the ground and the crankshaft at high level, supported on an "A" frame structure. This engine is believed to date from about 1860 and was built by Joseph Barraclough Ltd of Barnsley and installed at Redfearns Glassworks, also in Barnsley. It was acquired by the Society in 1969 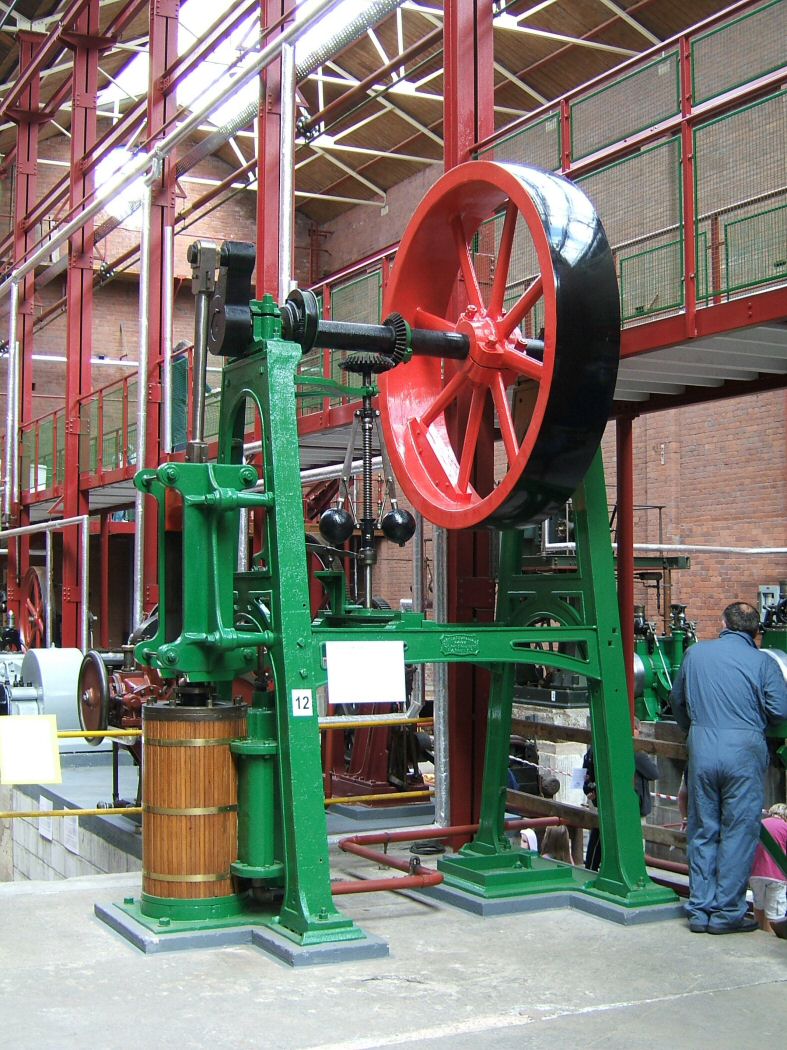 The original flywheel was much heavier than the one shown here, comprising a heavy cast-iron rim with round wrought-iron spokes. Unfortunately this suffered a catastrophic accident during removal and had to be scrapped. In larger sizes, this design of engine had only limited application since it was difficult to make due to the necessity of building a support structure for the heavy crankshaft and flywheel, either by providing a frame or by using the building around the engine.

It was structurally much easier to put the flywheel at ground level and the cylinders above it - as the Diamond Rope Works engine - and make an "inverted vertical". However, quite a large number were used in the Yorkshire woollen mills, often with a parallel motion linkage to guide the piston rod rather than with machined cross-head guides, as on this example.

The 12" cylinder with 2ft stroke was originally fitted with a supplementary Meyer valve working on the back of the conventional slide valve, driven from a second eccentric on the crankshaft. This was an early attempt at improving the economy of slide-valve engines, but since most engines ended up being heavily overloaded for most of the time, economy often had to take second place to maximum power. By the time the engine was acquired, all this mechanism had long since been removed. A simple Watt-type governor is fitted, connected to a very crude butterfly-type valve in the main steam supply.