This is probably the most significant engine in the collection and represents the sole surviving mill-sized example of this design in the world. (There is a very small one in the Science Museum in London).

It is basically a twin-cylinder inverted vertical compound layout but there is only one crank and the two pistons are connected to it via a triangular con-rod and pivoting links. The is has the effect that there is no "dead-centre" position and the geometry is such that when steam is admitted to the cylinders, the engine will always start. Hence it is known as a "Non-dead-centre" engine. 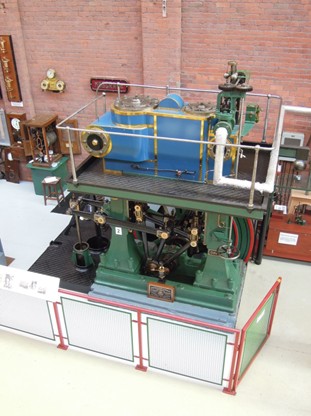 The original layout was patented by Fleming and Ferguson Ltd, marine engineers in Glasgow, for use on ships. John Musgrave Ltd of Bolton obtained a licence to build stationary engines to this design from about 1892 onwards and it is believed they made up to 50 in total, some as large as 1500IHP using quadruple expansion of the steam.

This example was supplied to A & J Hoyle Ltd at Park Street Mill at Radcliffe Nr Bolton in 1893. The cylinders are 10.5" and 16.5" bore, each with a stroke of 21". However due to the unusual design, the throw of the crank is only 18". The flywheel is 7ft 6ins in diameter and the engine ran at the relatively high speed of 120 rpm - a tribute to its very rigid design and compact layout. The valves are semi-rotary, without trip-gear and a Pickering throttle governor is fitted, although this may not be original. 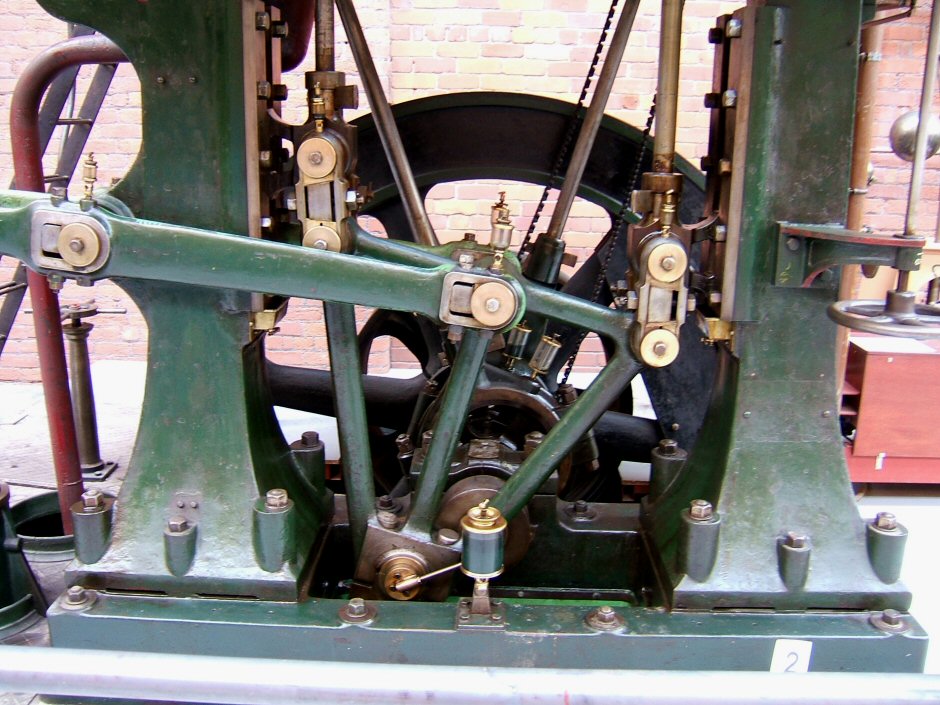 This was the very first engine that the Society acquired in 1966.